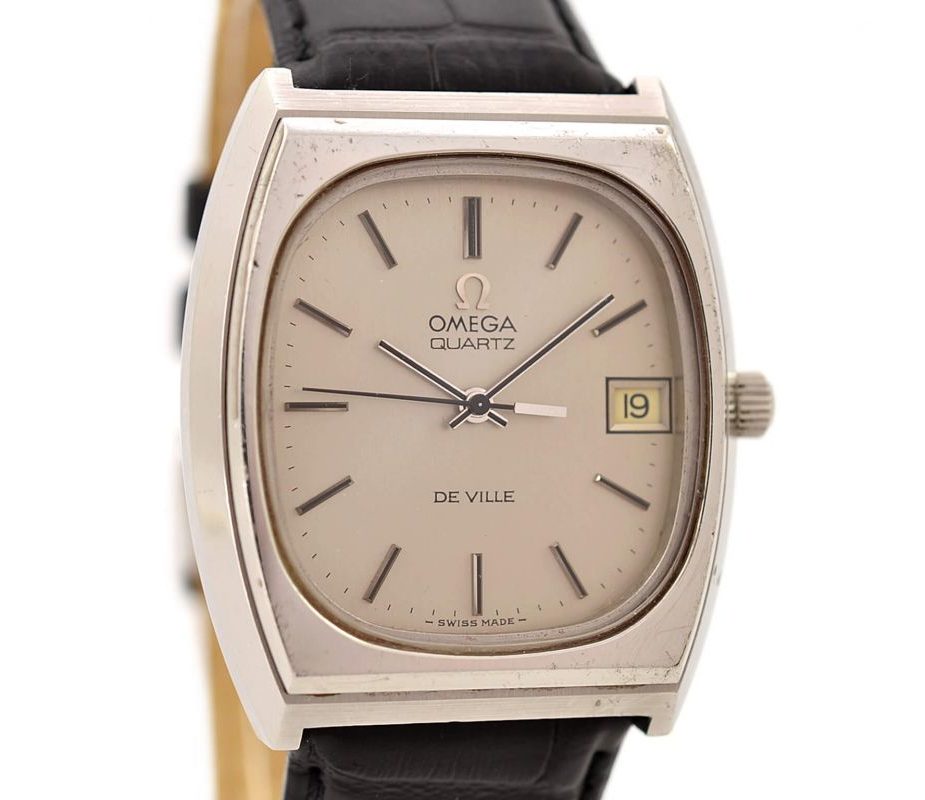 Watch comes with original box (Broken hinge) and some documents. No guarantee of waterproofing.