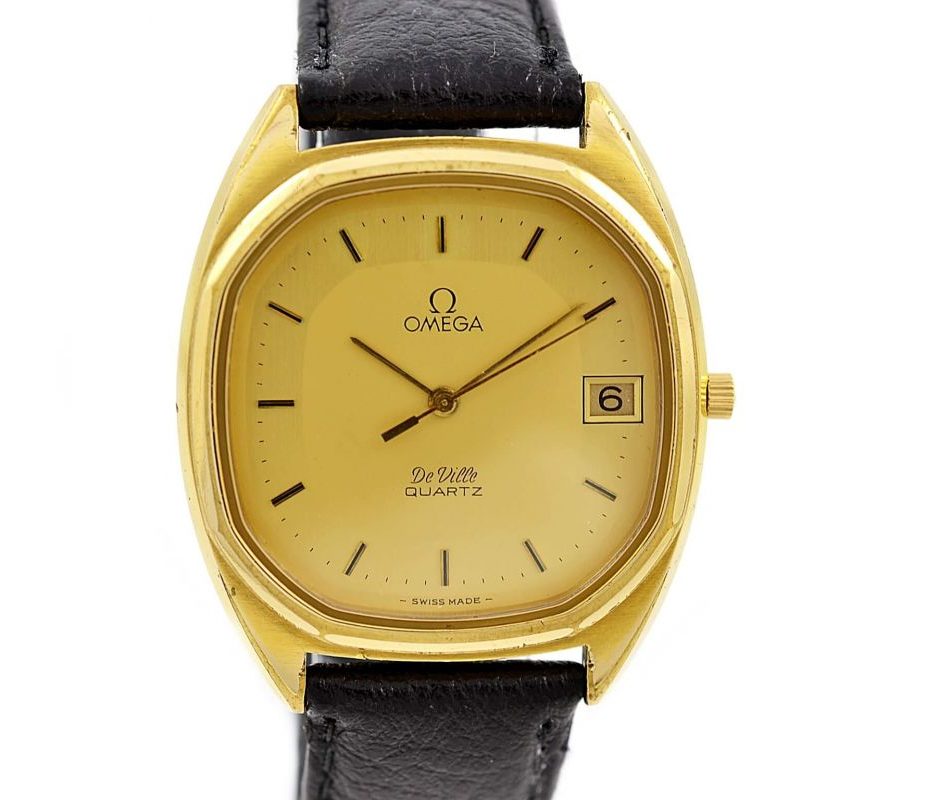 Aftermarket Black Genuine Leather Bracelet with Gold Plated Buckle. Fits up to an 18cm or 7.1” Approx.

Watch comes without original box or papers. No guarantee of waterproofing.