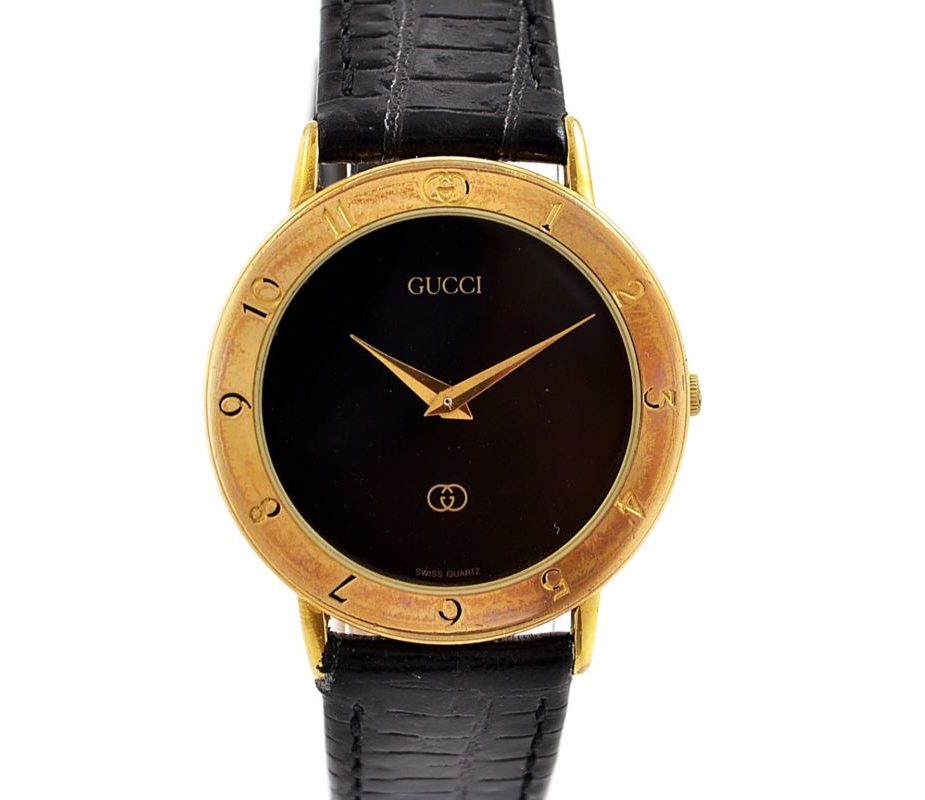 The Gucci 3300.2.M, a minimalist design borne in the 90s. This piece was originally designed for men, but with today’s standards, it could easily pass off as a ladies watch too. It measures around 32mm in diameter and 37mm from lug to lug, with a strap measurement of around 7” or 17.5cm approximately. The original strap was replaced with a regular black leather bracelet which is new. The case is gold plated, the bezel has Arabic markers and is somewhat faded. The crown has the logo and there is some fading in the plating so check those pics. It has a plain black dial, all protected by the mineral crystal glass which is in excellent condition. The movement is working as it should and keeping perfect time! The logo is evident on the case back as well as the model number 3300.2.M. Unfortunately, the original box and papers are long gone, but it will come with a gift box. Water resistance is not guaranteed.