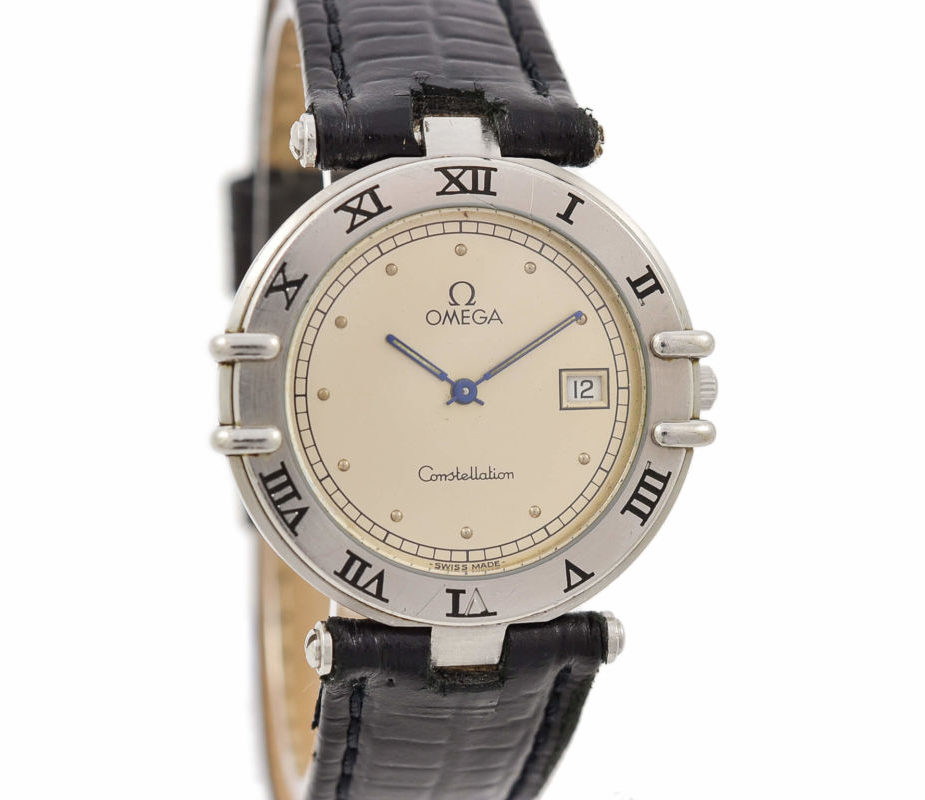 For more than 170 years Omega has been at the forefront of exploration, whether to the moon or the depths of the ocean, they have been there. This great example of the classic 1987 Constellation model doesn’t disappoint, originally designed for a gentleman but with today’s sizes, could also be worn by a lady, measuring 32mm in diameter and 34mm from lug to lug. The stainless steel case is in good shape with only a few light scuffs here and there, the steel back pops in and exhibits the ‘Omega’ logo, slightly faded though. The bezel with Roman numeral markers has a few tiny scuffs and the 6 has faded. The dial is beautiful and clean, with gold dot markers, quickset date at 3 o’ clock, all under a scratch-resistant sapphire crystal. The crown is signed with the logo. The watch is powered by a quartz electronic calibre 1379 movement with 8 jewels and keeps perfect time. The serial number is 196.0360 and indicates on the Omega database that the watch dates from 1987. The bracelet has been replaced with a regular leather bracelet but maintains the original Omega buckle and will fit a wrist of about 7.5” or 19cm approximately. The watch comes without the original box and papers, but a gift box will be provided. Water resistance is not guaranteed so please do not use it near water.