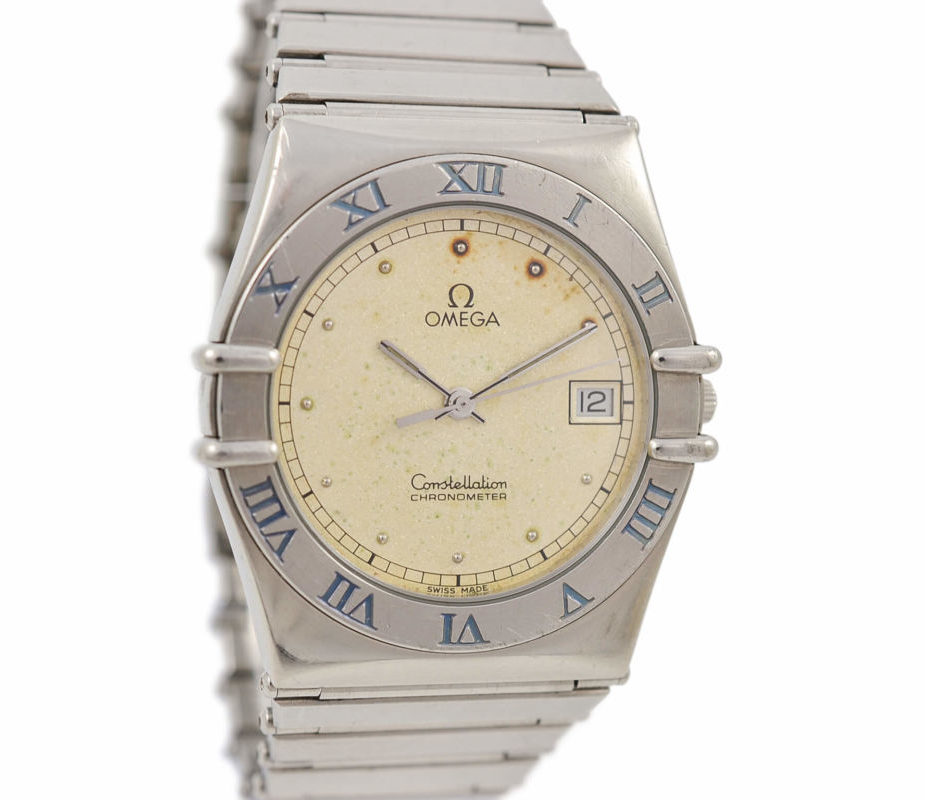 Omega is one of those brands that everyone knows and loves, it’s been featured in many films and is even the official timekeeper of the Olympic games. This great example of the classic 1984 Constellation model doesn’t disappoint, originally a midsize gents watch but according to today’s sizes, could easily work for a lady as well, measuring 32mm in diameter and 36mm from lug to lug. The stainless steel case is in good shape with only a few light scuffs here and there, the steel back pops in and exhibits the ‘Constellation’ logo. The dial is a beige colour and has some ageing at the 12-2pm section, there are silver dot markers, quickset date at 3 o’ clock, all under a scratch-resistant sapphire crystal. The steel bezel with blue Roman numerals is a nice touch, however, it’s slightly faded. The crown is signed with the logo but is also faded now. The watch is powered by a quartz electronic chronometer, calibre 1431 movement with 6 jewels and keeps perfect time. The serial number is 398.0876 and dates from 1984. The strap is original and stainless steel, s/n 1392/012, and will fit a wrist of about 6.3” or 16cm approximately. The watch comes without the original box and papers, but a gift box will accompany it. Water resistance is not guaranteed so please do not use it near water.