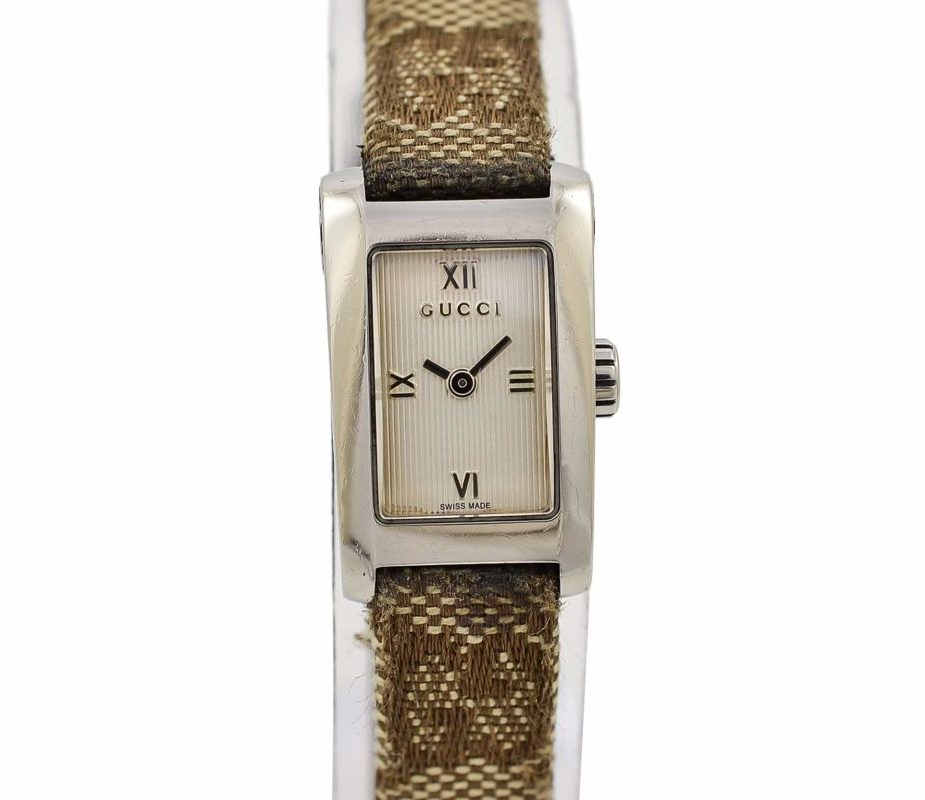 Gucci has had some interesting watches over the years and this is one of them. This 90s retro ladies piece with its non-symmetrical rectangular stainless steel case measuring only 14mm across and 22mm from lug to lug is fit for a petite wrist. It has a unique guilloche silver dial with logo, roman numerals, and silver hands all under a scratch-resistant sapphire crystal. The steel crown is unsigned, instead, the case has the logo ingrained into it on both sides at the top. The back case features the logo and Model/serial number: 8600L and 10202564, and screws in. The watch is set on the original Gucci leather canvas bracelet with steel Gucci buckle, which fits up to a 6.3” or 16cm wrist approximately, the bracelet is used but has lots of life left in it. The watch comes without the original box and papers, but a gift box will be provided. Water resistant cannot be guaranteed as it has not been pressure sealed.