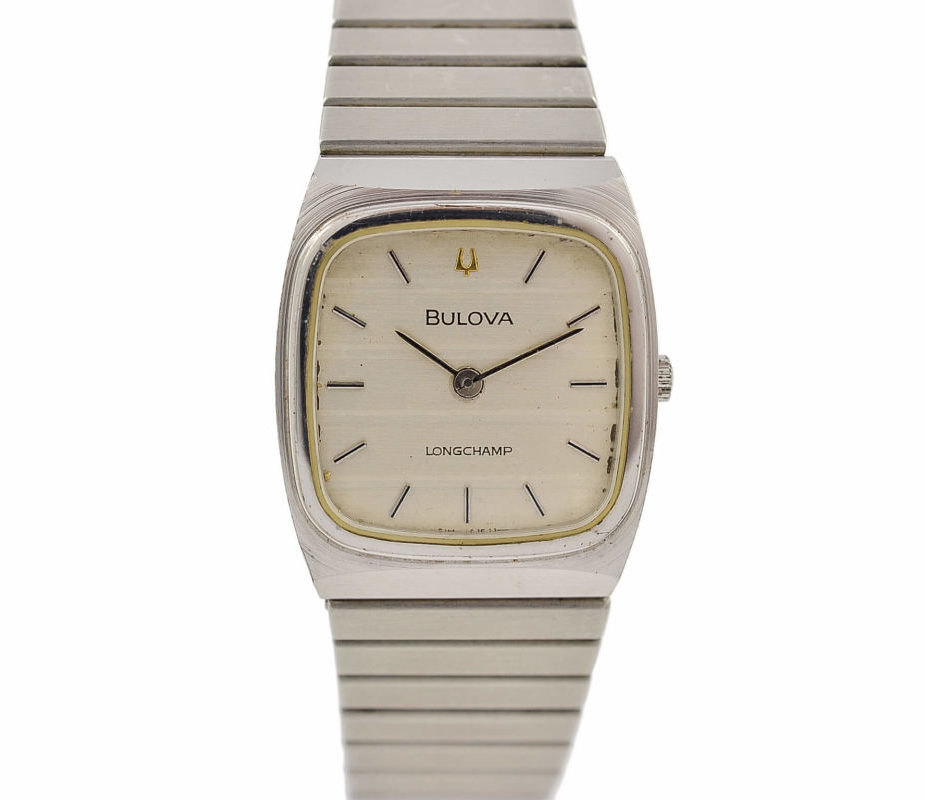 Somewhat of a rarity these days, Bulova was originally founded in America in 1875 and later had their movements produced in Switzerland, the company is now owned by Citizen and has been since 2008. This petite Bulova dating back to 1977, according to its date code N7, has a stainless steel case in excellent condition for its age, it measures around 24mm in diameter and 26mm from lug to lug. It has a mineral crystal protecting both the dial and hands, there is some ageing on the dial around the edges. The original steel crown is signed with the logo. The case back is steel and has some surface wear, the serial number is 584-4407. The Bulova 1200-10 manual wind 17 jewels movement runs as it should and keeps good time. The original stainless steel strap is still present and will fit a wrist of approximately 6.3” or 16cm. The watch comes without the original box or papers but a gift box will accompany it. Water resistance is not guaranteed, so it will need to be kept away from water.