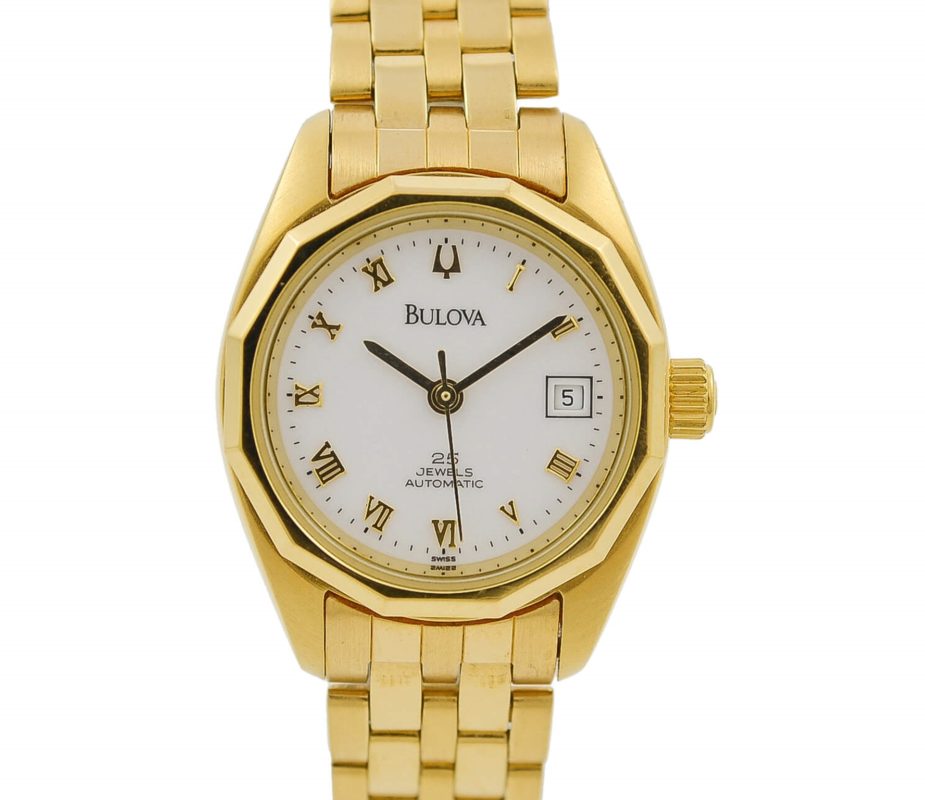 In what seems to be something of a rarity today, Bulova is an American based watch manufacturer, first found in 1875, making it just less than a century younger than the country itself. By 1911, they were selling large quantities of watches and clocks and set up a workshop in Switzerland where this watch was likely produced. New old stock, the watch is in almost perfect condition and has never been worn. Set in a gold plated case measuring around 26mm in diameter and 32mm from lug to lug, a petite watch so make sure it’s suitable. The white dial is clean and elegant with Roman numeral markers and the logo in the 12 position, quickset date at 3 o’clock, and beautiful sweep seconds covered by a spotless mineral crystal which is like new. The bezel is gold plated as well as the crown, featuring the logo. The back case has the hallmark and serial numbers 1D14L. The Bulova 25 jewels automatic movement is clean and running as it should, keeping good time. The gold plated original strap will fit a wrist of approximately 7.5” or 19cm. The watch comes without the original box or papers, but a gift box will accompany the watch. Please don’t use this watch near water as we cannot guarantee water resistance.