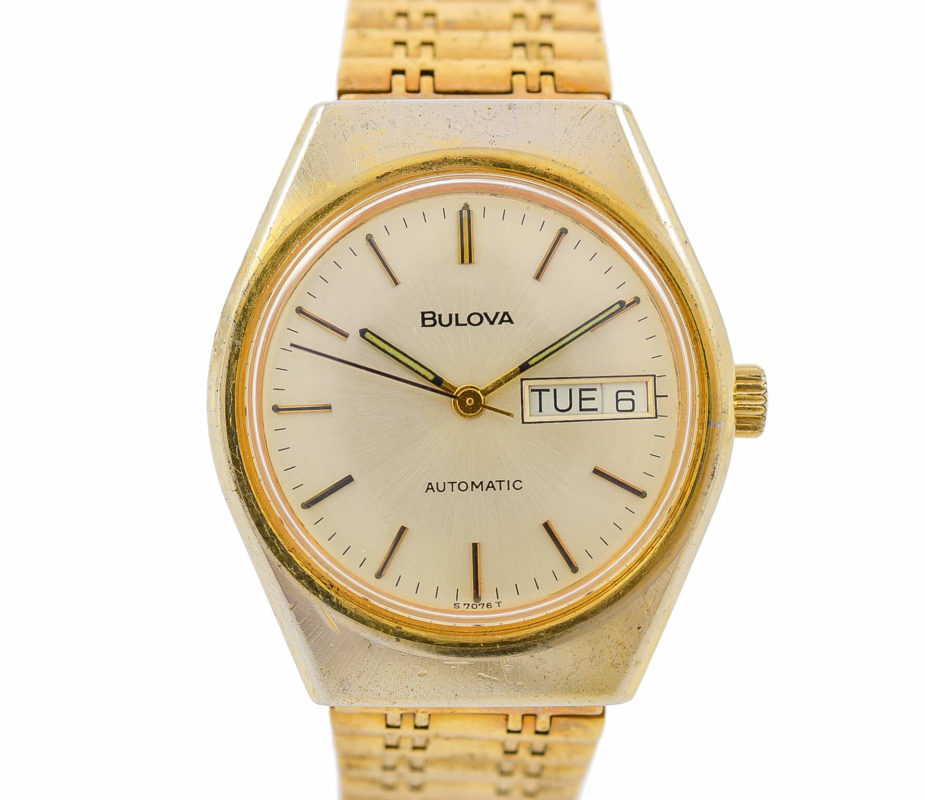 The Bulova S7076T Automatic with dual quickset day and date, probably revolutionary for the time, it being 1980 and having two languages as well, being English and Spanish to choose from. Set in a gold plated case (faded/worn in places) measuring 34mm in diameter and 40mm from lug to lug, not as big as today’s gents watches but a good size. The gold dial is clean with stick markers and the logo, quickset date/day at 3 o’clock and sweep seconds, covered by an acrylic crystal which is like new. The crown is unsigned and slightly faded. The back case screws in and has the brand name and date code PO, there are a few light scratches there from opening the watch. The Bulova automatic 1453.10 movement has 17 jewels and is running as it should, keeping good time. The aftermarket generic gold plated strap will fit a wrist of approximately 7” or 17.5cm. The watch comes without the original box or papers, but a gift box will accompany the watch. Please don’t use this near water as we cannot guarantee water resistance.