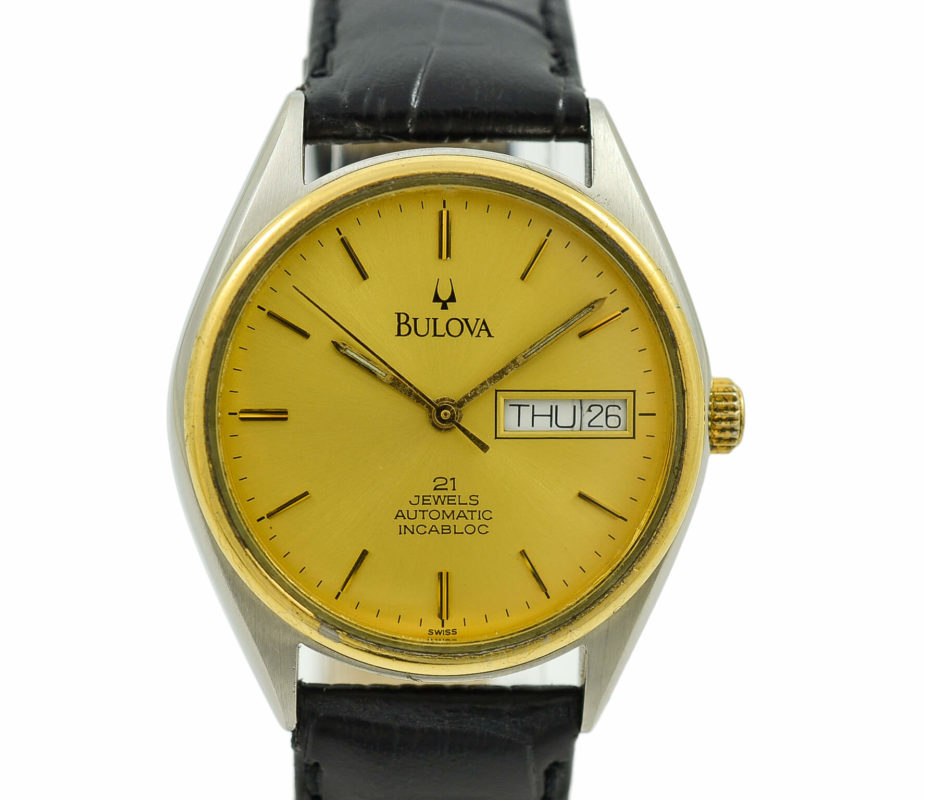 Somewhat of a rarity these days, Bulova was originally founded in America in 1875 and later had their movements produced in Switzerland, the company is now owned by Citizen and has been since 2008. Set in a stainless steel case measuring 34mm in diameter and 38mm from lug to lug, not as big as today’s gents watches but a good size. The gold dial is clean with stick markers and the baton-shaped hands with sweep seconds, quickset date/day at 3 o’clock, covered by a mineral crystal. The gold crown is signed with the logo and slightly faded. The back case screws in and has the brand name and ref 1D12M. The Bulova automatic 2846 ETA movement with 21 jewels is running as it should, keeping good time. The replacement leather strap will fit a wrist of approximately 7” or 17.5cm. The watch comes without the original box or papers, but a gift box will accompany the watch. Please don’t use this near water as we cannot guarantee water resistance.