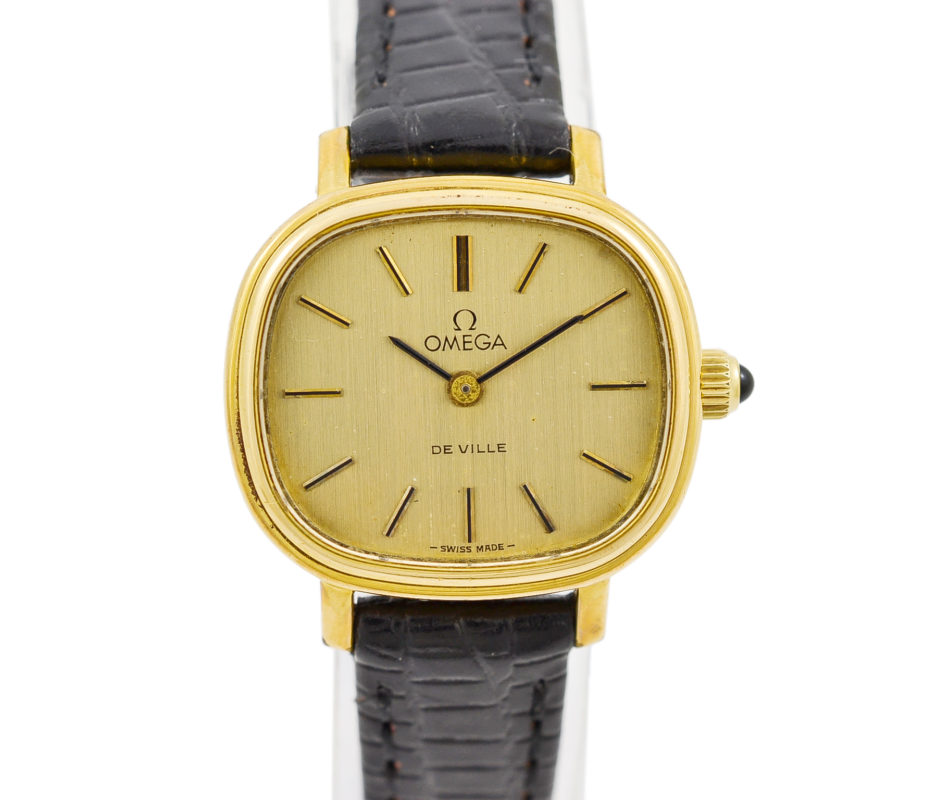 For more than 170 years Omega has been at the forefront of exploration, whether to the moon or the depths of the ocean, they have been there. This great example of the classic 1970s De Ville model doesn’t disappoint, produced at a time where making watches smaller was seen as revolutionary, measuring only 26mm in diameter and 28mm from lug to lug. The gold plated case is in good shape with only a few light scuffs here and there, the steel back pops in. The plain gold dial has some light ageing but is in good condition, there are stick markers, and sword-shaped hands, all under a mineral crystal which is in good nick. The crown is original and is cabochon so very stylish, it winds up the movement. The watch is powered by a manual wind calibre 625 movement with 17 jewels and keeps good time. The serial number on the inside of the case is 5110505. The bracelet has been replaced with a regular black leather bracelet and will fit a wrist of about 6.7” or 17cm approximately. The watch comes without the original box and papers, but a gift box will be provided. Water-resistance is not guaranteed so please do not use it near water.