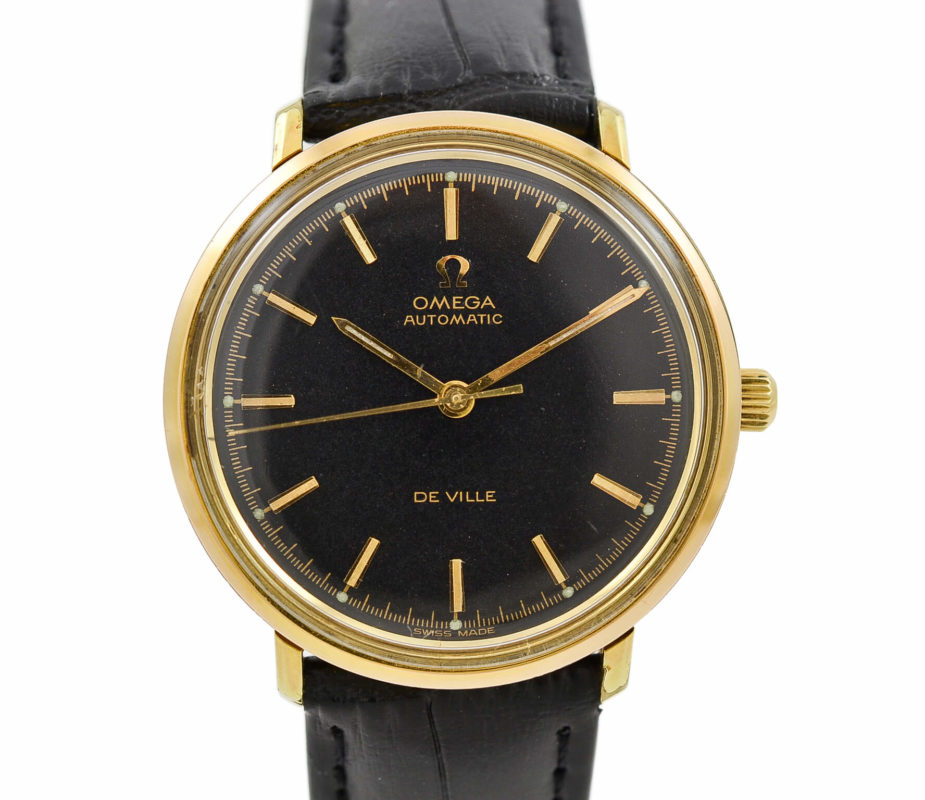 Omega is one of those brands that everyone knows and loves, it’s been featured in many films and is even the official timekeeper of the Olympic games. This rare find dates back to somewhere between 1967 and 1972 according to the Omega international collection and is estimated to be circa 1968. It’s on the smaller side compared to today’s massive sizing, so I would say a lady could wear it too, the case comes in at 34mm in diameter and 37mm from lug to lug. Made up of a single solid body of gold plated steel with a detachable bezel, the case was designed this way to help resist the ingress of moisture and dirt. The case back is gold plated and bears the reference number 165.033. The black dial is immaculate, with gold markers, sword-shaped hands and smooth sweep seconds, all under the original signed crystal. The gold crown is signed with the logo. The watch is powered by an automatic self-winding calibre 552 movement with 24 jewels and keeps great time. The bracelet has been replaced with a black leather bracelet with original Omega buckle, it will fit a wrist of about 7.5” or 19cm approximately. The watch comes without the original box but will be accompanied by a gift box. Water-resistance is not guaranteed so please do not use it near water.