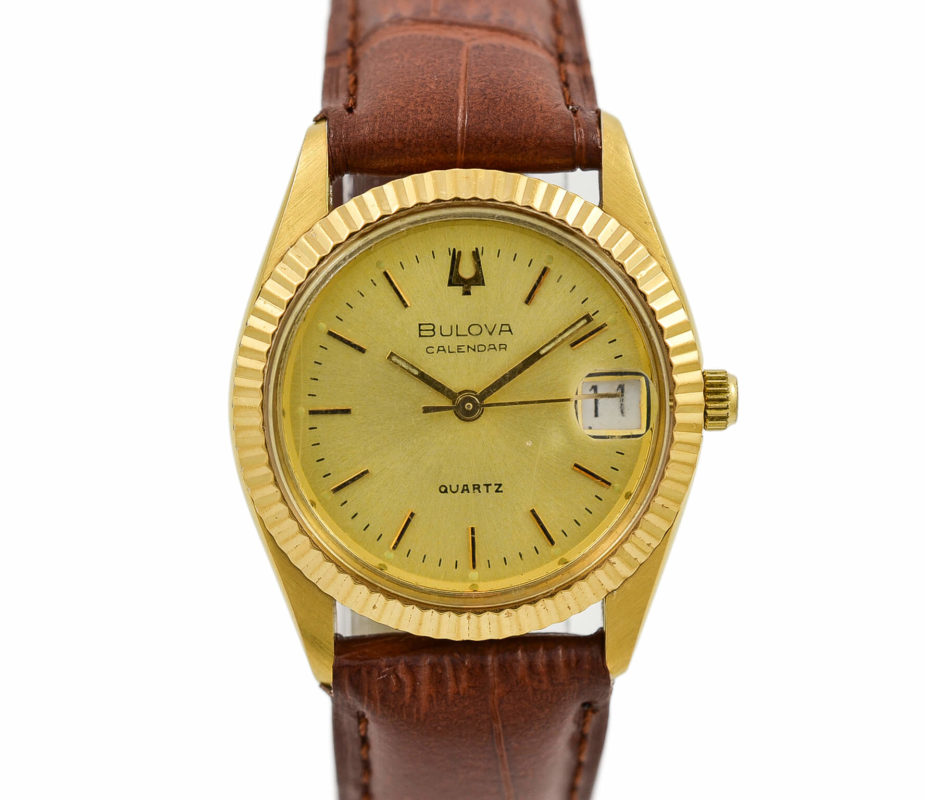 A fairly modern watch by vintage standards, just under 20 years old, but Bulova as a brand has been around a long time and this classy looking Bulova Calendar 90s Quartz is something special. Set in a gold plated case measuring around 30mm in diameter and 35mm from lug to lug, a good size for a lady. The gold dial has been refurbished but still shows ageing, it has stick markers and the logo in the 12 o’clock position, quickset date at 3 o’clock, covered by the original plexiglass with date aperture window, unfortunately, it’s a bit scratched. The gold crown is unsigned and may have been replaced at some point. The back case has the hallmark and serial/model numbers 1A44B and #45550, there are a few light scratches there from opening the watch. The Bulova quartz movement is clean and running as it should, keeping perfect time. The original strap was replaced with a brown leather bracelet and will fit a wrist of approximately 7” or 17.5cm. The watch comes without the original box and papers, but a gift box will be provided. Water-resistance is not guaranteed so please do not use it near water.