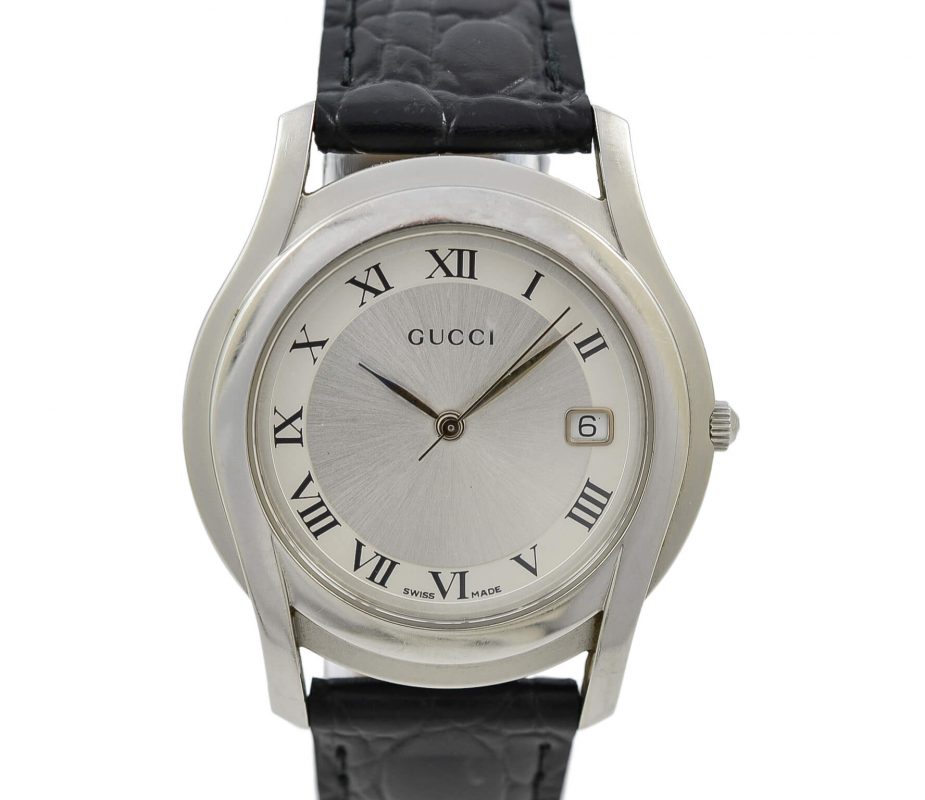 Although Gucci is actually an Italian company, their watches are produced and assembled in Switzerland, which only says one thing, quality. During the ’90s the Gucci watch market exploded and the 5500M gents model was amongst those produced. The uniquely designed rounded combination matt/polish stainless steel case measures around 34mm in diameter and 40mm from lug to lug, not as big as today’s watches, so may suit a lady too. It has a sapphire crystal glass protecting the pristine satin silver dial, with Roman numerals, steel hands and quick set date at 3 o’clock position. The steel case back snaps in and is factory engraved/raised with the logo, model 5500M and s/n0175706. The original steel crown is signed with the logo and sets the time. The original black genuine leather bracelet with steel buckle is well used, it will fit a wrist size of 7.5” or 19.5cm approximately. The watch comes without the original box or papers but will be accompanied by a gift box. Water-resistance cannot be guaranteed.