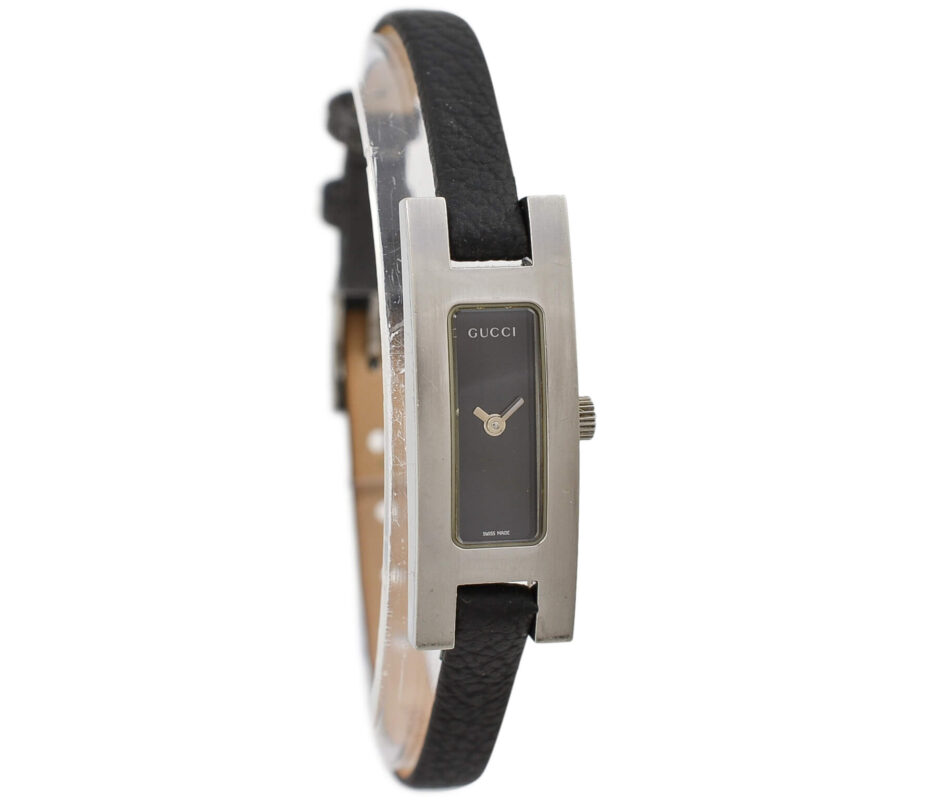 A great example of the 1990s retro Gucci. This ladies’ piece with a rectangular case measuring only 12mm across and 34mm from lug to lug is fit for a petite wrist. It has a minimalist jet black dial with the logo at the 12 o’clock position. It boasts silver hands and the crown is marked with the logo. Original mineral crystal intact and in really good condition, the case has a few scuffs from wear, but still really nice. The back case features the logo and serial number: 0267345, there are a few scratches evident there. The original leather strap had to be replaced but the steel Gucci buckle was retained, fits up to a 6.3” or 16cm wrist approximately. The watch comes with the original box but no papers. Water-resistant cannot be guaranteed as it has not been pressure sealed.