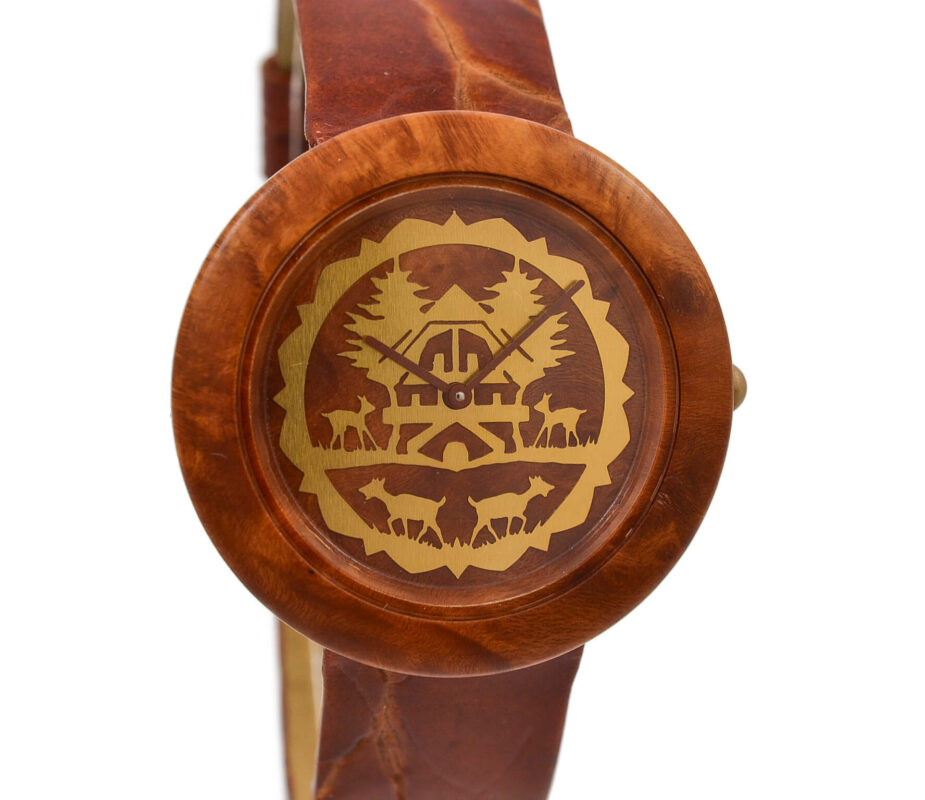 The iconic Wood Watch from Tissot, now this is something unique, especially this particular model from the early 90s, what’s also amazing is that it is in an almost new condition. Its quartz movement keeps perfect time as you would expect from a Swiss watch. The wooden case measures 38mm in diameter and 38mm from lug to lug, which was pretty big for the time, and today would suit both a lady and a man. The dial is what makes this model unique, gold cutout design with deer, forest and a house, an Austrian design feature, and then just the gold hour and minute hands, all under the mineral crystal in perfect condition. The copper brushed crown is unmarked, the case back features the logo and screws in. Model number W195 #15-850. The original strap tan leather with a unique pattern and measures approximately 7.5” or 19cm. The watch comes with the original box and papers. It has not been pressure sealed, so water resistance is not guaranteed.