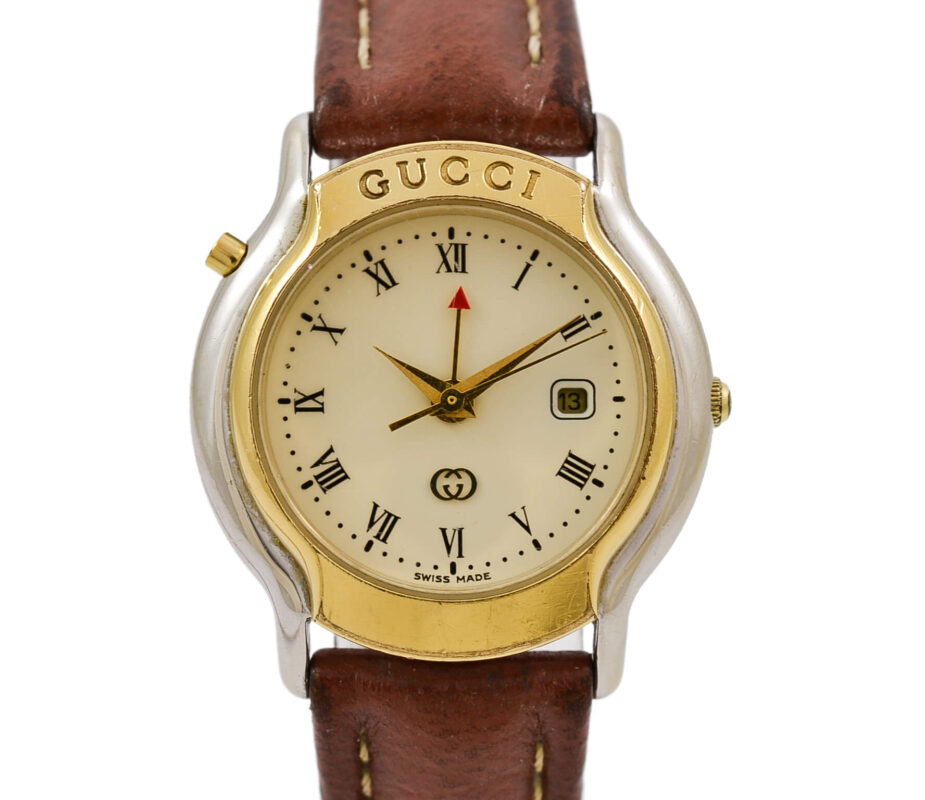 Although Gucci is actually an Italian company, their watches are produced and assembled in Switzerland, which only says one thing, quality. During the ’90s the Gucci watch market exploded and the 8200JR ladies model was amongst those produced, however, this particular piece is on the rarer side. The uniquely designed rounded steel case with cascading gold plated bezel with the ‘Gucci’ logo makes it stand out from the crowd, this one measuring around 30mm in diameter and 32mm from lug to lug. It has a mineral crystal (light scratching) protecting the elegant beige dial and gold baton-shaped hands, roman numerals and date at 3 o’clock position. The steel back case does have a few light scratches and is marked with the logo and model/s/n 8200JR #012-691. The original gold crown is signed with the logo and sets the time, it is slightly faded though. The original brown genuine leather bracelet with gold buckle had been retained but is well used, and it will fit a wrist size of 6.3” or 17cm approximately. Overall, a fairly unique watch, with plenty of wear still in it, but also plenty of wear to it. The watch comes without the original box or papers but a gift box will accompany it. Water-resistance cannot be guaranteed.