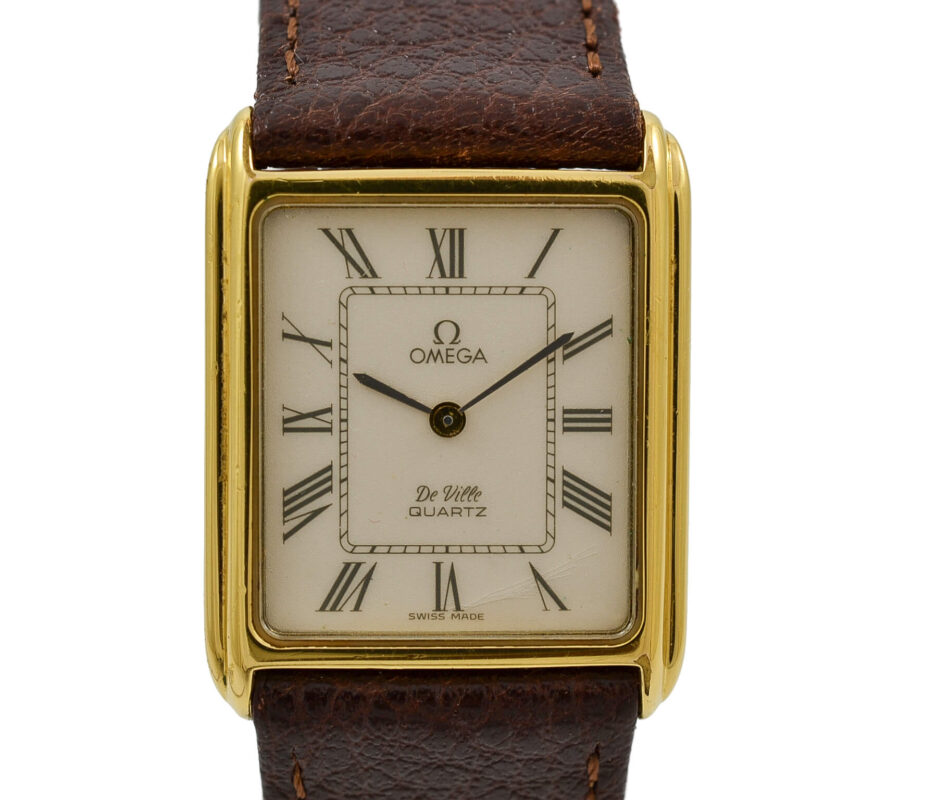 Omega has always been popular with celebs but did you know that U.S. President John F. Kennedy wore an Omega during his presidential inauguration in January 1961, WOW! So he may not have worn this one, but it’s still pretty unique, its rectangular case with cascading bezel is finished off in 20 microns gold filling, it measures 25mm in diameter and 30mm from lug to lug, originally a gents model but more suited to a lady these days. The steel back pops in and has the calibre number on it 1365. The serial number on the inner case is 191.0107. The white dial shows some ageing and has roman numeral markers and sword-shaped hands, all under a mineral crystal in excellent condition. The steel press in crown functions to set the time. The watch is powered by a quartz calibre 1365 movement with 9 jewels and keeps perfect time. The original strap has been replaced with a brown leather strap and it will fit a wrist of about 7” or 17.5cm approximately. The watch comes with the original box and papers dating the purchase to 1981 in Surrey, England. Water-resistance is not guaranteed so please do not use it near water.