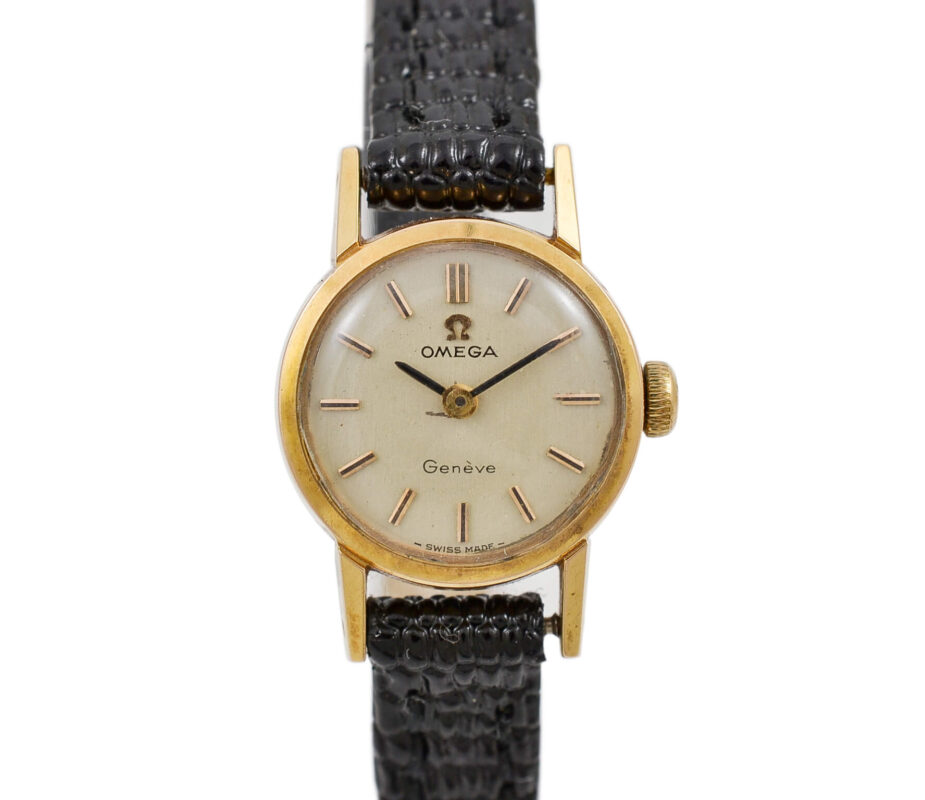 Omega has always been popular with celebs but did you know that U.S. President John F. Kennedy wore an Omega during his presidential inauguration in January 1961, WOW! So he may not have worn this one, but it’s still a great example of a classic 1960s Geneve model. The 20 microns gold plated round case measuring only 18mm in diameter and 24mm from lug to lug, a petite watch perfect for a small wrist, and with a nice patina. The champagne dial has stick markers, and sword-shaped hands, all under the plexiglass crystal, there are a few tiny hairline scratches but could be buffed out. The gold crown is unsigned and winds up the movement and slightly worn looking. The watch is powered by a manual wind calibre 485 movement with 17 jewels and keeps good time. The serial number on the inside of the case is 511.238. The bracelet has been replaced with a black croc style leather bracelet with a gold buckle and will fit a wrist of about 6.3” or 16cm approximately. The watch comes without the original box and papers, but a gift box will be provided. Water-resistance is not guaranteed so please do not use it near water.