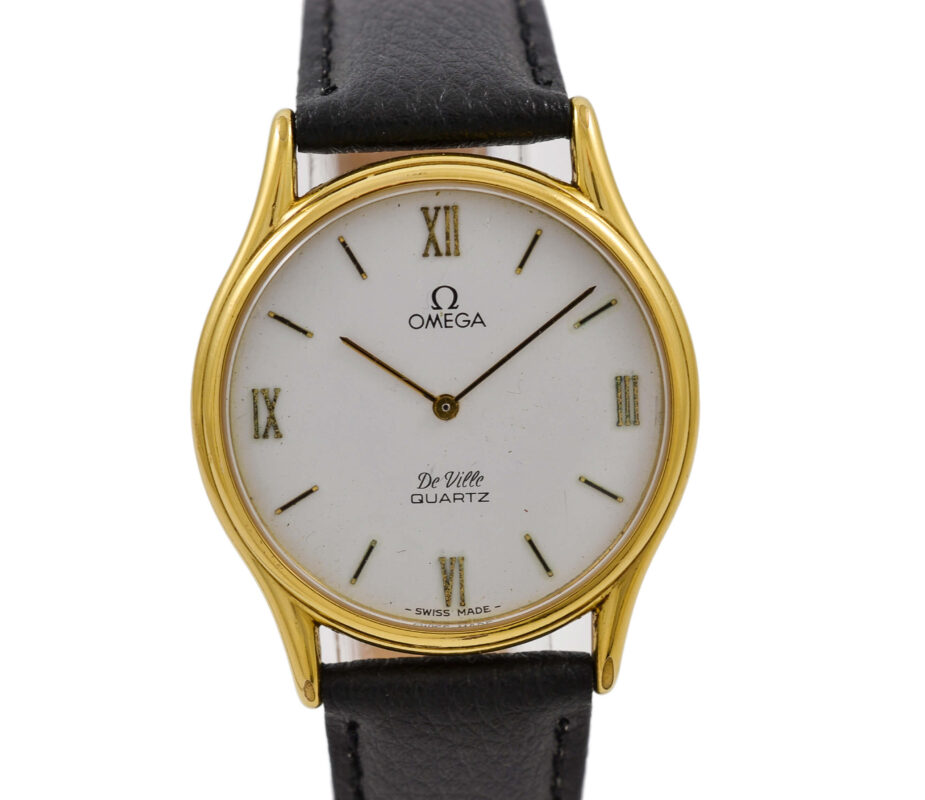 Omega is one of those brands that everyone knows and loves, it’s been featured in many films and is even the official timekeeper of the Olympic games. This very attractive classic Omega dates back to somewhere between 1979 – 1984 according to the official Omega database, it a midsize piece, originally a gents watch but these days could suit either, the 20 microns gold plated case measuring 33mm in diameter and 38mm from lug to lug. The round bezel cascades down towards the case giving the watch a simple and elegant look. It has matching faceted lugs, where the gold is fading through slightly in places. The steel brushed back pops in and has a couple of marks from opening it. The aged white dial has a combination of raised stick markers and Roman numerals, sword-shaped hands, all under a mineral crystal in good condition. The steel press in crown functions to set the time by pressing it down and holding it. The watch is powered by a calibre 1365 quartz electronic analogic, with 9 jewels and keeps perfect time. The serial number is MD 191.0077. The bracelet has been replaced with a black genuine leather bracelet and will fit a wrist of about 7.5” or 19cm approximately. The watch comes without the original box but will be accompanied by a gift box. Water-resistance is not guaranteed so please do not use it near water.