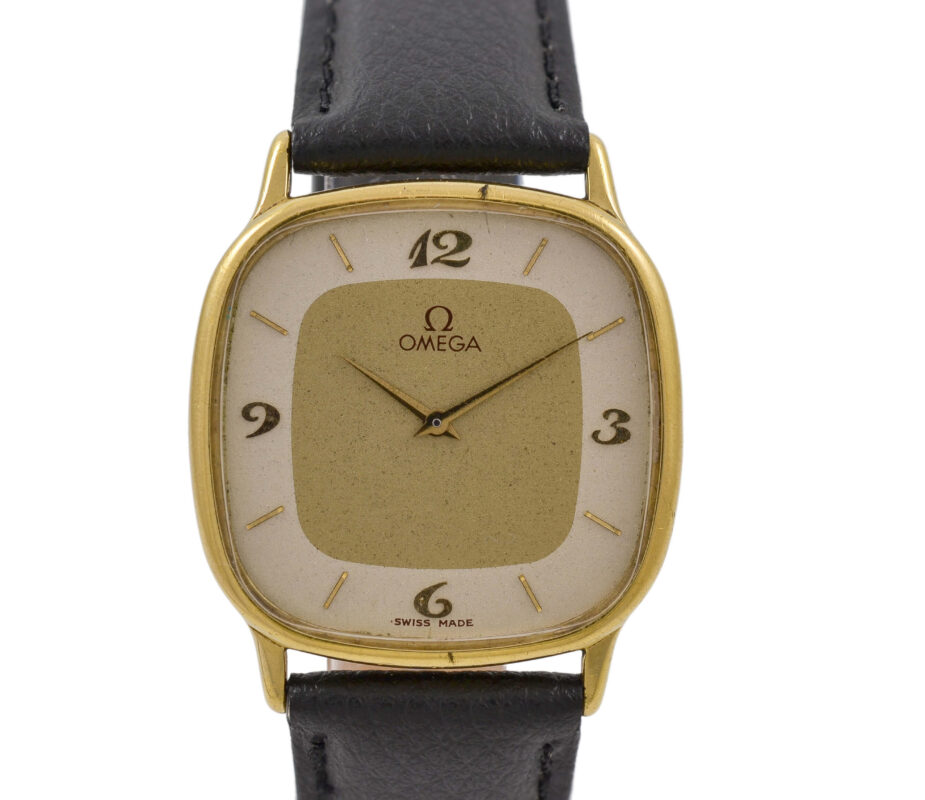 A world-renowned Swiss watch brand fit for presidents, athletes, astronauts and even James Bond, so why not yourself as well! This rare find dates back to the 1980s according to the Omega international collection. It’s on the smaller side compared to today’s massive sizing, so I would say its more suited to a smaller wrist, the 20 microns gold plated case comes in at 30mm in diameter and 34mm from lug to lug. The case back is stainless steel and bears the calibre number 1365, underneath is the reference number 191.0131.1. The two-tone textured sand grain dial is what makes this watch unique, with a combination of Arabic and gold stick markers, baton-shaped gold hands, all under the clean mineral crystal. The crown is the push-in button style which is held in and released to adjust the time. The watch is powered by a quartz calibre 1365 movement with 9 jewels and keeps perfect time. The bracelet has been replaced with a black leather bracelet, it will fit a wrist of about 7.5” or 19cm approximately. The watch comes without the original box but will be accompanied by a gift box. Water-resistance is not guaranteed so please do not use it near water.