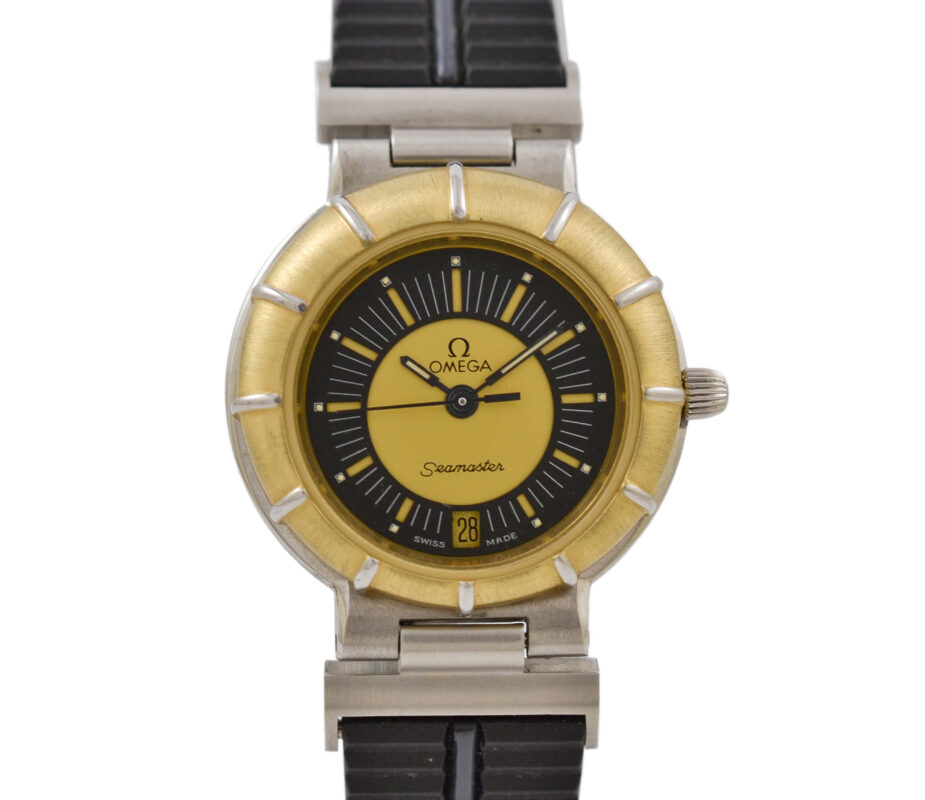 For more than 170 years Omega has been at the forefront of exploration, whether to the moon or the depths of the ocean, they have been there. This great example of the Seamaster Dynamic Spidey as its been called before is a pretty rare piece, it measures 26mm in diameter and 29mm from lug to lug, petite so suited for a smaller wrist. The features a round case, but its the bezel with unique ‘web’ pattern that really turns heads. The steel back displays the Seamaster logo, but it’s still covered by some of the original stickers. The two-tone dial continues with the web effect and is both gold and black in colour, it has a quick set date at 6 o’clock and a pair of luminous hands. The glass is in near perfect condition. The crown is signed with the logo. The watch is powered by a quartz Calibre 1426 movement and keeps perfect time. The original steel bracelet has been replaced with an Omega slimline rubber strap with butterfly clasp and will fit a wrist of about 7.2” or 1cm approximately. The watch comes without the original box or papers, but a gift box will accompany it. Water-resistance is not guaranteed so please do not use it near water.