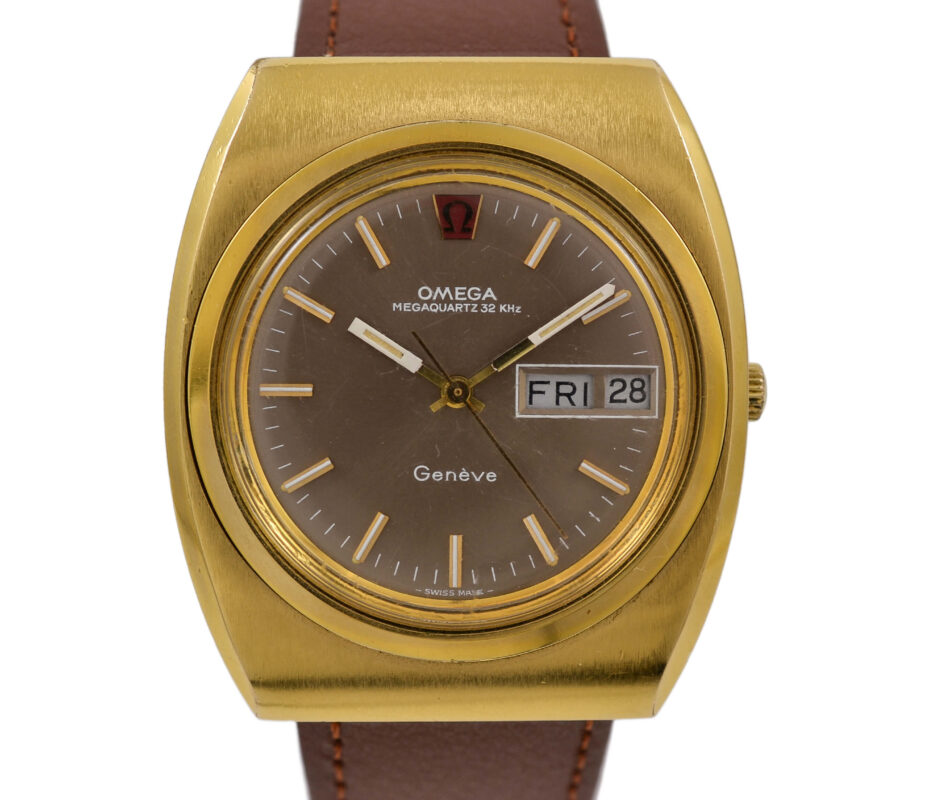 If you are looking for a large-sized Omega, this is it! Measuring in at 40mm in diameter and 44mm from lug to lug. The 20 microns gold plated case is bulky in great shape, the steel back screws in and exhibits the ‘Omega’ logo. The dial is almost like a gunmetal colour, with stick markers, date/day window at the 3 o’clock position, all under an acrylic crystal with minor wear. The gold crown is signed with the logo, there are also two additional buttons either side to adjust date/day. There is a guide online if you struggle with the crown, it can be a bit tricky in the beginning. The watch is powered by a 32Khz quartz calibre 1310 movement and keeps perfect time. The serial number is 196.0030 and indicates on the Omega database that the watch dates from 1974. The bracelet has been replaced with a regular brown leather bracelet and will fit a wrist of about 7.5” or 19cm approximately. The watch comes without the original box, but a gift box will be provided. Water-resistance is not guaranteed so please do not use it near water.