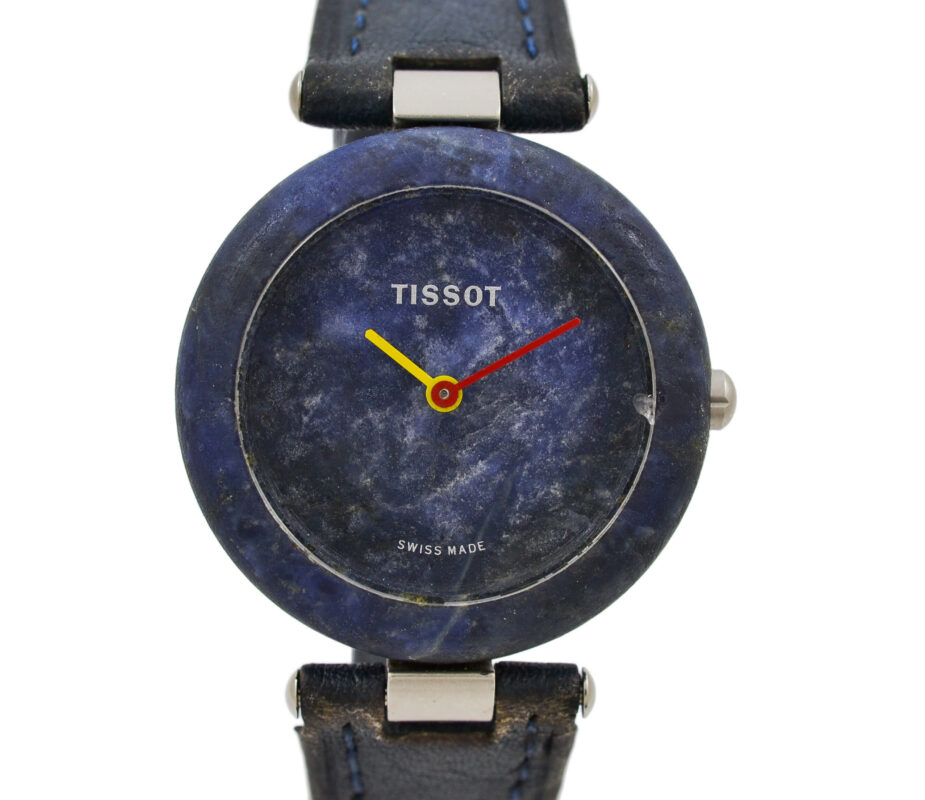 During the 1980s Tissot brought out a number of watches made from a wide variety of different materials, and this Rock Watch is one of them. Minimalist design at its best and something well, a little different! Its quartz movement keeps perfect time as you would expect from a Swiss watch. The granite case measures 30mm in diameter and 34mm from lug to lug, and has a lovely marbled effect. The dial is also made from blue coloured granite and its pattern will be unique to this watch, it’s clean with the logo in the centre, and some funky red and yellow hour and minute hands, all under the mineral crystal with a chip at the 3 o’clock position. The brushed steel crown is unmarked, the case back features the logo and screws in, Model/serial number R150 #908-7. It comes with the original used leather strap and Tissot buckle, it measures approximately 6.5” or 16.5cm. The watch comes without the original box or papers, but a gift box will accompany it. It has not been pressure sealed, so water resistance is not guaranteed.