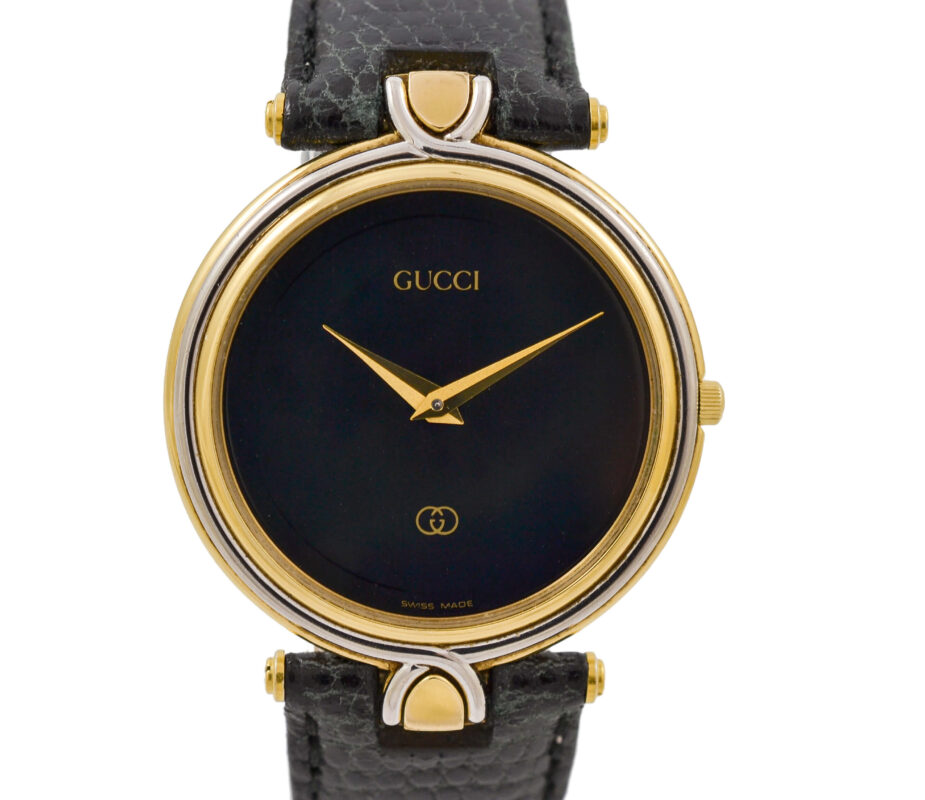 You may not know that Gucci actually holds a Guinness World Record for selling more than one million units in their first two years of producing watches back in 1974 of the Model 2000. So this may not be that particular piece but it was just as popular during the 90s as Gucci watches become popularised. The slim gold plated case measures around 32mm in diameter and 34mm from lug to lug, with bi-metal steel and gold plated fancy bezel, originally a men’s dress watch, but would today suit a lady too. It has the classic jet black minimalist dial that Gucci is known for with gold hands and the logo all protected by the mineral crystal glass with minimal wear. The movement has been inspected and is keeping perfect time! The logo is evident on the case back as well as the model number 4500M and serial #004-110. The original used strap and buckle are intact and would fit a wrist of around 7” or 17.5cm approximately. A nice watch with minor wear, could benefit from a new strap and clean. The watch comes with a Gucci box, no papers though. Water-resistance is not guaranteed.