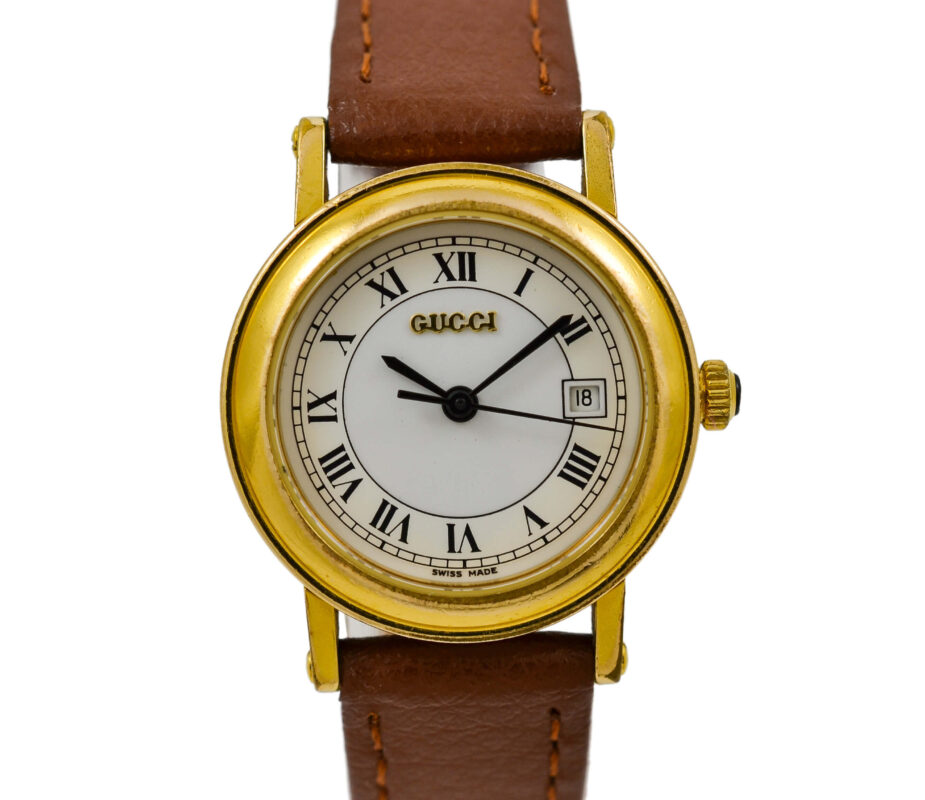 You may not know that Gucci actually holds a Guinness World Record for selling more than one million units in their first two years of producing watches back in 1974 of the Model 2000. So this may not be that particular piece but it was just as popular during the 90s as Gucci watches become popularised. The classic rounded gold plated case with unique engraved Roman numerals and brand, make it stand out from the crowd, this one measuring around 23mm in diameter and 33mm from lug to lug, do note, there is some wear to it. It has a sapphire crystal protecting the beautiful white dial with Roman numerals and black sword-shaped hands with to logo in gold. The back case is coloured black and is marked with the logo and model/s/n 7200L #0019541 around the rim which is gold. The original gold crown has a cabochon and sets the time. The strap was replaced with a brown leather bracelet, and it will fit a wrist size of 6.3” or 17cm approximately. The watch comes without the original box but the papers are provided dating the watch back to 1996. Water-resistance cannot be guaranteed.