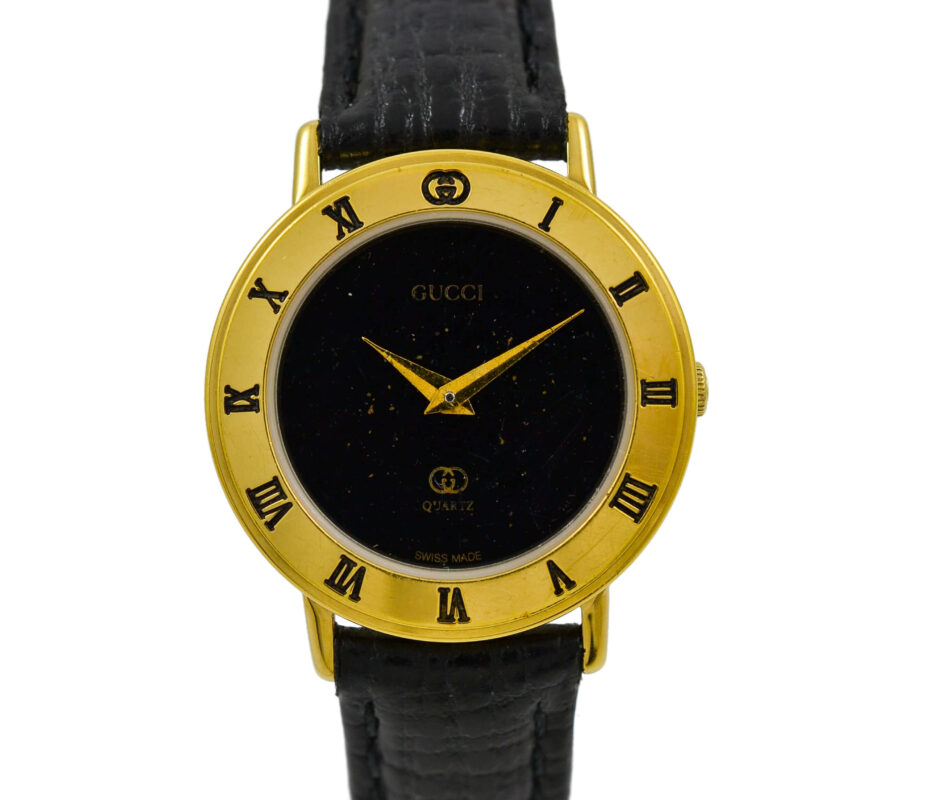 Although Gucci is actually an Italian company, its watches are produced and assembled in Switzerland, which only says one thing, quality. The round case is 18k gold plated, it measures 26mm in diameter and 28mm from lug to lug, a great fit for a lady. The gold plated bezel has Roman numerals that add real character to this watch. The aged dial is plain black with the Gucci logo and sword-shaped hands all under the original crystal in excellent condition. The case back has the logo and model/serial number 3001L as well as serial #074667, there are scratches evident here. It is battery powered and keeps perfect time as you would expect from a Swiss-made watch. The crown is original and has the logo. The bracelet has been replaced and is made from genuine leather and will fit a wrist of around 6.7” or 17cm. The watch comes without the original box or papers but will be accompanied by a gift box. It is not pressure sealed so please do not use it near water.