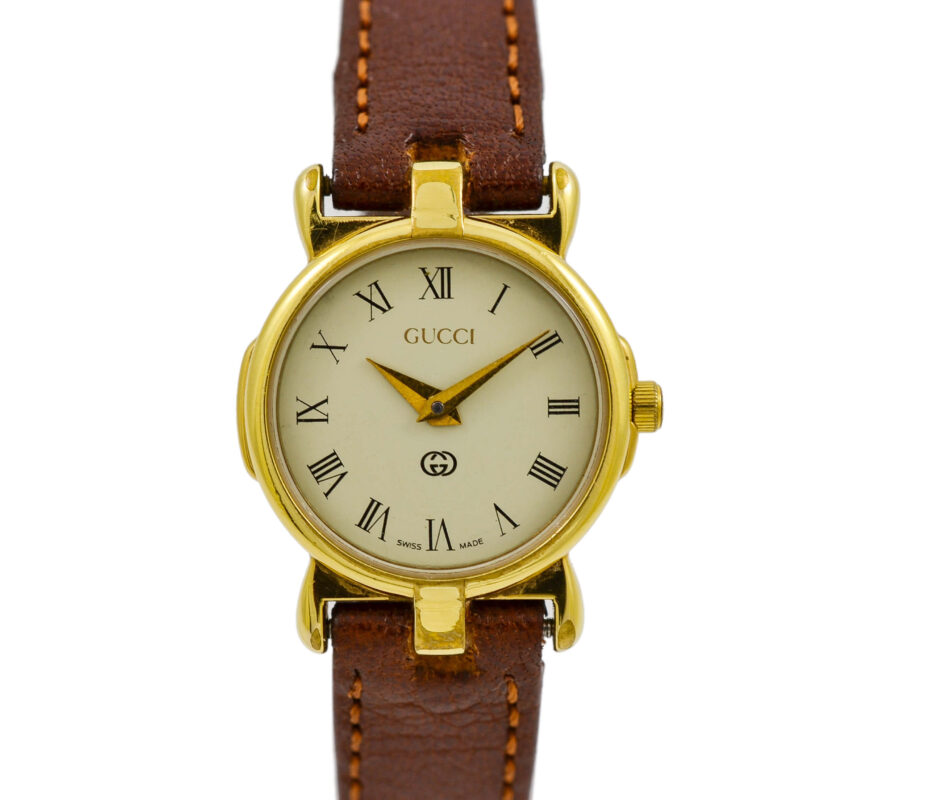 Gucci is a much-loved brand and is growing ever stronger in the international arena, their prestige is admired by many and loathed by few. This 1980s beauty is no different with its gold plated case and uniquely shaped lugs, it measures around 22mm in diameter and 28mm from lug to lug, rather petite so make sure it will be suitable. The case has faded in some areas. We have had the original crystal replaced with a brand new mineral crystal. The beige dial with the Gucci logo and gold sword-shaped hands and Roman numerals are really classy. The gold crown is unsigned and may have been replaced at some point. The back case features the logo, with model number 3400L and serial number #T 092-023, there is some surface wear here. The original bracelet has been replaced, its a brown genuine leather but with the original Gucci gold buckle and it will fit a wrist size of 6.5” or 16.5cm approximately. The watch comes without the original box and papers but will be accompanied by a gift box. Water-resistance is not guaranteed, please stay away from water.