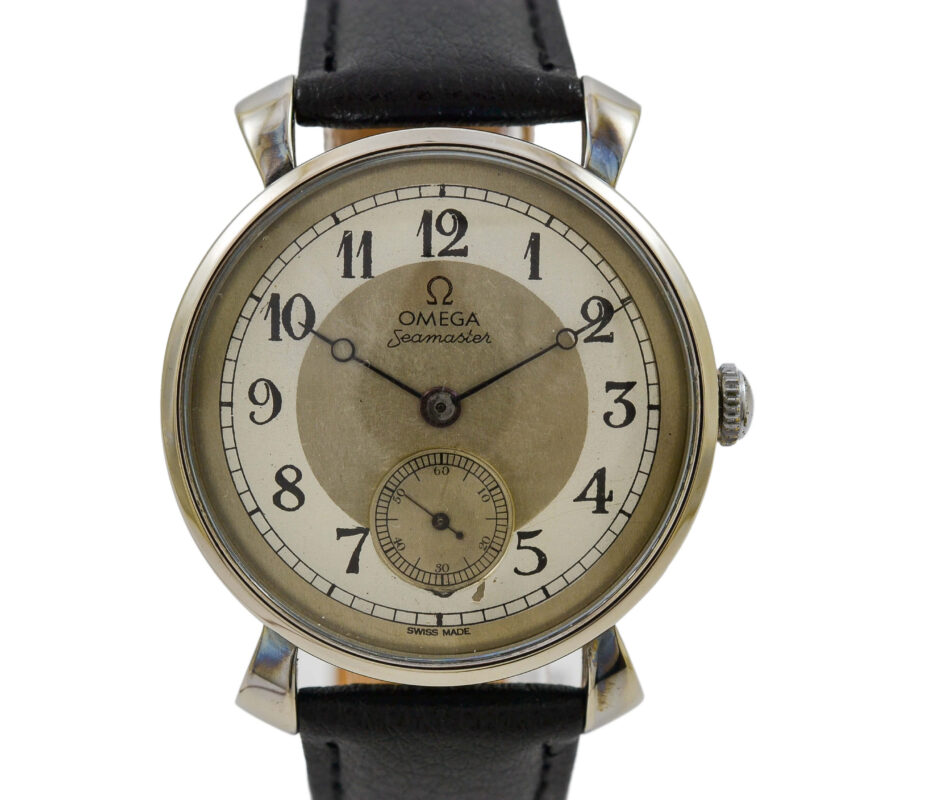 Omega is one of those brands that everyone knows and loves, it’s been featured in many films and is even the official timekeeper of the Olympic games. This awesome find dates back 1940s according to the Omega international collection. It’s on the larger side on par with today’s massive sizing, the case comes in at 38mm in diameter and 42mm from lug to lug. The case back is brushed steel and domed for extra comfort, it features the number 4349EG, underneath is the reference number 2581-1. The silver/white two-tone dial is has been redone, with Arabic markers and black hands with a small separate dial for seconds, all under the clean new acrylic crystal. The crown is steel and unsigned, used to wind the movement, and set the time. The watch is powered by a mechanical wind calibre Cal.30T2 movement with 15 jewels and keeps really good time. The bracelet has been replaced with a black leather bracelet, it will fit a wrist of about 7.5” or 19cm approximately. The watch comes without the original box but will be accompanied by a gift box. Water-resistance is not guaranteed so please do not use it near water.