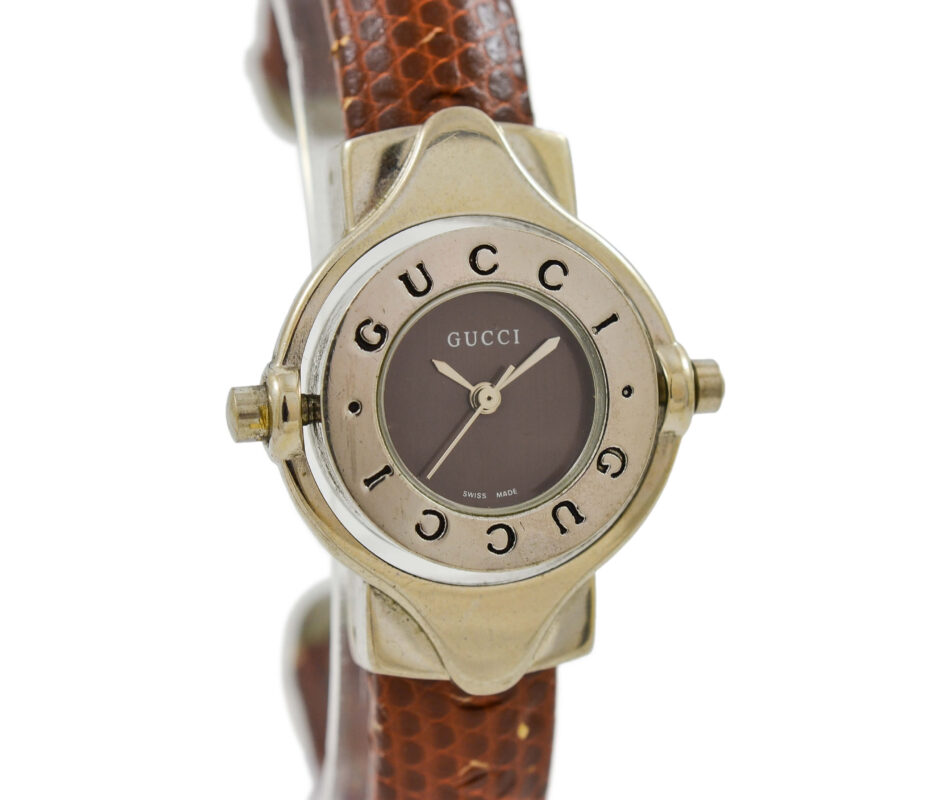 You may not know that Gucci actually holds a Guinness World Record for selling more than one million units in their first two years of producing watches back in 1974 of the Model 2000. So this may not be that particular piece but it was just as popular during the 90s as Gucci watches become popularised. The Reversible Twirl Medallion case is made from stainless steel, it is robust and sturdy in its craftsmanship, there is some surface wear from use, it measures 28mm in diameter and 30mm from lug to lug. The dial has a grey minimalist design and has the iconic word Gucci in the centre. The glass has been well looked after and made from sapphire crystal so very durable. The case back has the logo and can flip around on its axis, back to front. It is battery powered and keeps perfect time as you would expect from a Swiss-made watch. The crown is original steel and has the logo on it. The stainless steel bangle-style clamp strap has brown snakeskin-embossed leather (well used) and is fixed but adjustable up to 6.7” or 17cm. The watch comes without the original box or papers but a gift box will accompany it. It is not pressure sealed so please do not use it near water.