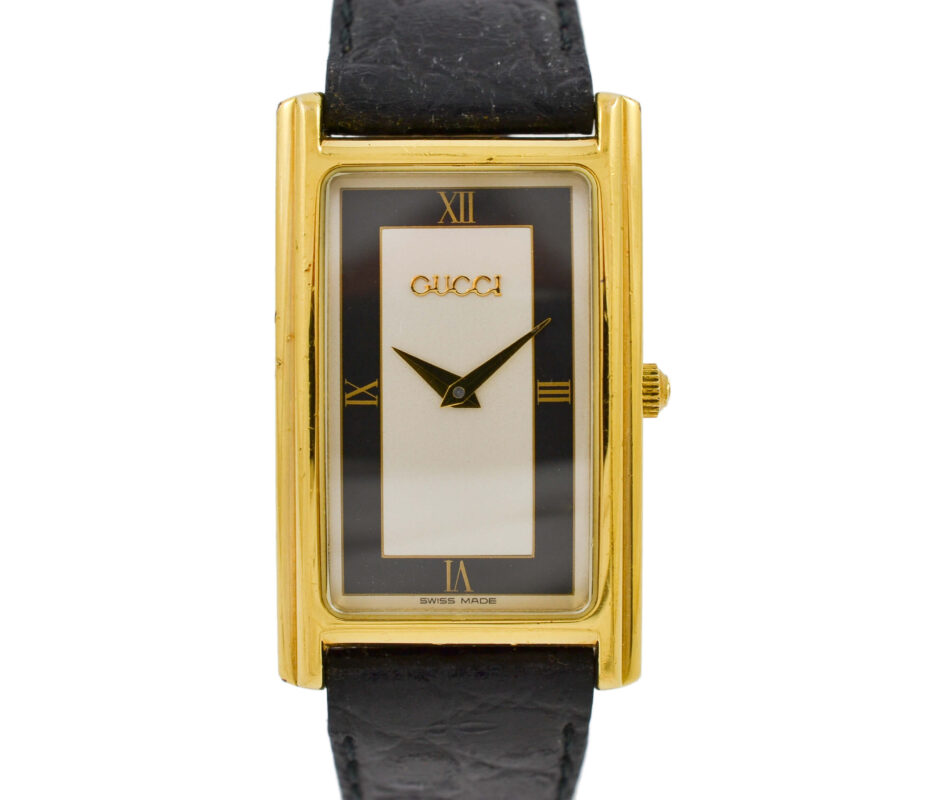 Although Gucci is actually an Italian company, their watches are produced and assembled in Switzerland, which only says one thing, quality. During the ’90s the Gucci watch market exploded and the 2600M model was amongst those produced. The unique designed Tonneau rectangular curved case with cascading bezel make it stand out from the crowd, this one measuring around 22mm in diameter and 36mm from lug to lug, originally designed as a gents watch but probably more suited to a lady these days. It has a curved mineral crystal protecting the beige/black combo dial with Gucci logo, Roman numerals and gold Dauphine hands are in immaculate condition. The back features the logo and model number 2600M s/n 0003666 and has some damage. The original gold crown is signed with the logo. The watch features the original black leather bracelet with the original buckle in a used condition but with plenty of life in it still, it will fit a wrist size of 7” or 17.5cm approximately. The watch comes without the original box or papers, but it will come with a gift box. Water resistance is not guaranteed.