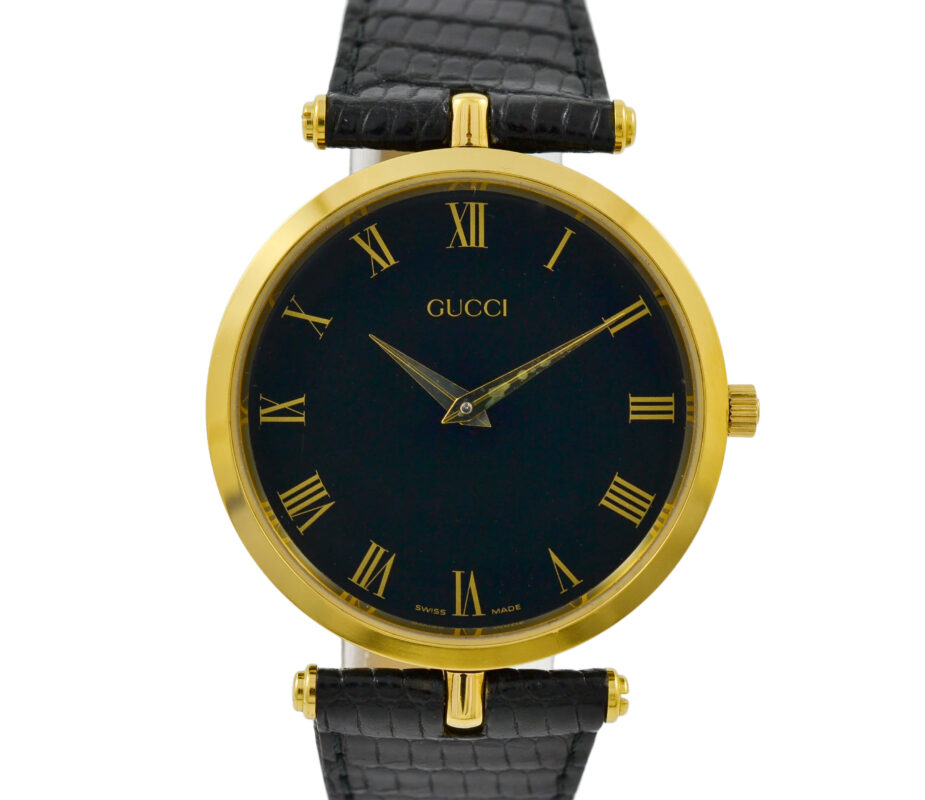 Although Gucci is actually an Italian company, their watches are produced and assembled in Switzerland, which only says one thing, quality. During the ’90s the Gucci watch market exploded and the 2000M model was amongst those produced. The unique designed case of both gold, PVD, and glass make it stand out from the crowd, this one measuring around 34mm in diameter and 40mm from lug to lug, originally designed for gents, but probably would suit a lady too. It has a mineral crystal glass protecting both the dial and the back encased logo, although the front glass is nice and clean, the back case glass does have a couple of tiny scratches. The black dial with the Gucci logo, Roman numerals and gold sword-shaped hands is in immaculate condition. The original gold crown is signed with the logo. The original lizard grain bracelet has been retained, it will fit a wrist size of 7.3” or 19cm approximately. Comes with the original box and papers, and honestly, the condition of this watch is incredible, I can’t say I have seen one this good. Water resistance is not guaranteed.